Follow The Good News A Journey Through the Bible on WordPress.com

In nature a seed is planted so that something might grow. Notice I said might. Just because the seed is planted does not mean that thing will grow. There could be a myriad of reasons. The seed was to young to old, diseased, infertile, etc. However, the one who plants that seed will not know that until the seed is in the ground.

9 And let us not grow weary of doing good, for in due season we will reap, if we do not give up.

We are promised that in due season we will reap a harvest if we do not give up.

In 2 Corinthians we are told ;

Let us not grow weary of sowing the seeds, for even though not all of them will sprout, some will, and those will be the ones we tenderly care for so that the harvest will be rich. 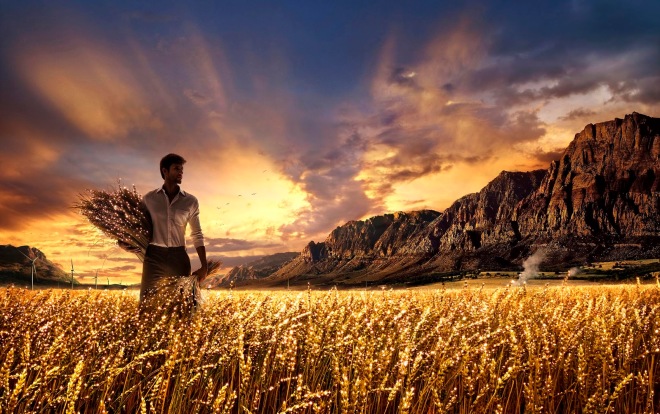 Background:  The eldest of five children, Yvonne was born May 17, 1951 in Atlanta, Georgia. Raised in East Point, Georgia, she moved to Jackson County, Ga. until 2006 then moved to Port St. Lucie, Florida where she currently makes her home.  Licensed bounty hunter for the state of Georgia. Education:  After a 34 year absence, returned to college in 2004. Graduated with honors in Criminal Justice with an Associate’s degree from Lanier Technical College in 2006. Awards:  Nominated for the prestigious GOAL award in 2005 which encompasses all of the technical colleges. This award is based not only on excellence in academics but also leadership, positive attitude and the willingness to excel in one’s major. Affiliations:  Beta Sigma Phi Sorority  Member of The Florida Writer’s Association – Group Leader for St Lucie County The Dream:  Since learning to write at the age of five, Yvonne has wanted to be an author. She wrote her first novel Stan’s Story beginning in 1974 and completed it in 2006. Publication seemed impossible as rejections grew to 10 years. Determined, she continued adding to the story until her dream came true in 2006. The Inspiration:  Yvonne’s brother Stan has been her inspiration and hero in every facet of her life. He was stricken with Encephalitis at the tender age of nine months. He has defied every roadblock placed in his way and has been the driving force in every one of her accomplishments. He is the one who taught her never to give up The Author: Yvonne is currently the author of several novels, including:  Stan’s Story- the true story of her brother’s accomplishments, it has been compared to the style of Capote, and is currently being rewritten with new information for re-release.  Tangled Minds - a riveting story about a young girl’s bad decision and how it taints everyone’s life around her yet still manages to show that hope is always possible. This novel has been compared to the writing of Steinbeck and is currently being written as a screenplay. This novel will be re-released by Kerlak Publishing in 2009  Brilliant Insanity – released by Kerlak Publishing October 2008  Silent Scream – Released by Lulu.com October 2008- Slated to be made into a movie Yvonne’s Philosophy in Life - “Pay it Forward”: “In this life we all have been helped by others to attain our dreams and goals. We cannot pay it back but what we can do is ‘pay it forward’. It is a simple View all posts by Yvonne Mason Sewell